These are all true descriptors, but stripped to the core Ben Sures is a talented and distinctive songwriter. Not one shaped by commercial radio, but by stories he’s collected travelling across North America, The UK, Europe, and Beirut. These are the stories that his audience automatically warm to, and ask him about during intermission. Throw in 20 years of festivals, concerts, living rooms, bars, neighbourhood parties, afternoon matinees, parties, outdoor shows, and travel and you’ve got a potent sonic recipe.

As a product of Generation X, Ben has a dizzying number of influences. He started out in a New Wave band in Junior High, busked endless Neil Young songs, grooved to Sonny Terry and Brownie McGhee, spent time immersed in the oeuvre of Pink Floyd alongside Benjamin Darvill aka Son of Dave. He went further back to Robert Johnson, Jimmie Rodgers, and George Formby, and discovered Django Reinhardt via his father. Throw in all of the great music he witnessed every summer at The Winnipeg Folk Festival: Odetta, Stan Rogers, Guy Clark, the sounds of bluegrass and Metis fiddling, Dave Van Ronk singing Brecht, D’Gary and a very deep immersion in the writing of Woody Guthrie.

Sures isn’t the only member of his family to work in the arts. His Grandfather drew cartoons for the New Yorker and designed posters for the movies; he was rumoured to have designed and built the fruity hats of Carmen Miranda. His mother is a painter, while his classical guitar playing father was a recipient of The Governor General’s award as well as the Order of Canada for his work in ceramics, receiving the honor in the same year as Leonard Cohen.

History, family, life-lived; put it all together and you have two sets of a helluva show.

Ben Sures is by far one of my favourite songwriters, hands down!
Caroline Brooks-The Good Lovelies 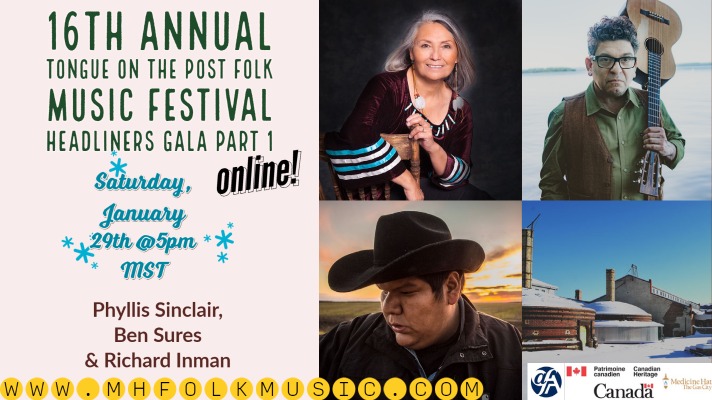